Borderline Personality Disorder (BPD) is a condition characterized by difficulties regulating emotion. This means that people who experience BPD feel emotions intensely and for extended periods of time, and it is harder for them to return to a stable baseline after an emotionally triggering event.

Contents hide
1 Causes
2 Symptoms
2.1 When to see a doctor

People with BPD, originally thought to be at the “border” of psychosis and neurosis, suffer from difficulties with emotion regulation. While less well known than schizophrenia or bipolar disorder, BPD affects 2 percent of adults. People with BPD exhibit high rates of self-injurious behavior, such as cutting and elevated rates of attempted and completed suicide. Impairment from BPD and suicide risk are greatest in the young-adult years and tend to decrease with age. BPD is more common in women than in men, with 75 percent of cases diagnosed among women.

Just like other mental health disorders, the causes of borderline personality disorder isn’t clear yet. Although it’s is unknown, environmental factors play a role in predisposing people to BPD. The disorder is approximately five times more common among people with close biological relatives with BPD.  In addition to environmental factors — such as a history of child abuse or neglect — borderline personality disorder may occur because of:

People with borderline personality disorder may experience mood swings and be uncertain about how they see themselves and their role in the world. As a result, their interests and values can change quickly.

People with borderline personality disorder also tend to view things in extreme ways, such as all good or all bad. Their opinions of other people can also change quickly. An individual who is seen as a friend one day may be considered an enemy or traitor the next. So, these shifting feelings can lead to intense and unstable relationships.

When to see a doctor

If you’re aware that you have any of the signs or symptoms above, talk to your doctor or a mental health provider.

If you notice signs or symptoms in a family member or friend, talk to that person about seeing a doctor or mental health provider. But you can’t force someone to seek help. If the relationship causes you significant stress, you may find it helpful to see a therapist yourself. 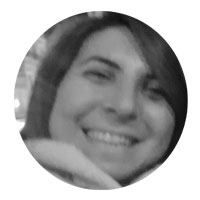 Latest posts by Cindy Brown (see all)
GO TO COMMENTS (0)

What is Dysthymia? Symptoms and Treatment

An Example: Bipolar and Marriage