Multiple personality disorder (Dissociative identity Disorder) is a person’s identity dividing into two or more persons. The person experiences transitions between these personality structures and it is a psychological illness.

These characters usually do not recognize each other, they do not communicate with each other.

Some experts suggest that patients with multiple personality disorders are easily hypnotized and that their symptoms are iatrogenic; that the therapist appeared in response to the recommendations. On the other hand, some brain imaging studies have been able to access data on identity transitions in some patients.

This personality disorder is a result of trauma or concussion. It is mostly in individuals who experience traumas during infancy, when consciousness is new or not.

The cause of multiple personality disorder may manifest in a different way in each individual. Sometimes, these reasons reveal themselves as a result of intensive treatments and sessions, sometimes the cause can not be found.

These abuses usually arise from within the family or from the caregiver. The diagnosis of this rare condition requires trauma. Not all people with behavioral fluctuations or mood changes can be diagnosed with multiple personality disorders.

How Many Multiple Personalities Are Possible?

The number of different identities in patients with multiple personality disorders may be 2 or more than 100.

However, the number of persons reaching these figures is generally misleading. Because at some point it can create false personalities. At least two of the personality states of the patients are constantly under control. The number of individuals affecting patients is usually 5-10. Their number is proportional to the severity of the patient’s trauma.

In patients with multiple personality disorder; identity, memory and consciousness in a single personality. The primary identity of the patient is generally known by the name given to him, and this identity; it gives the impression of a passive, dependent, guilty and repressed character. Each character that the patient impersonates has its own story, personal image and identity. All of these features are very different from a person’s primary identity.

Each character has its own story, personal appearance, behavioral patterns, physical characteristics and name. Some characters appear specific to some situations. Alternative identities can change in a very short time, one can suppress the other.

People living with this disease; there are serious gaps in memory of places and events. Different identities can remember different events. Generally, however, passive characters have more limited memory.

People with multiple personality disorders experience symptoms such as depression, anxiety, passivity, dependence, or guilt. Behavioral problems or focusing problems in school are frequently appear in their childhood. Self-harm or aggressive behavior may be another symptom. People with multiple personality disorders may have visual or auditory hallucinations. The period between the first symptoms and the diagnosis is usually 6-7 years.

When Does Multiple Personality Disorder Occur?

Diagnosis of this condition, which manifests itself as a result of traumas at a very young age, is often not easy. Multiple personality disorders start to be effective in patients starting from the age of ten and show more effect in later ages. This disorder can be diagnosed with the right approach and treatment methods.

What to Know About Multiple Personality Disorder

Multiple personality disorder is not a genetic disease. 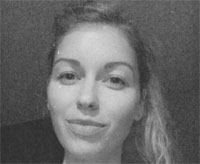 Latest posts by Marilyn Walker (see all)
GO TO COMMENTS (0)

What is Cognitive Distortion?