EMDR and Subconscious Cleansing: Why Is It So Good?

Many people suffer from traumatic experiences that may include physical, sexual, or emotional abuse. These events can lead to thoughts and memories that cause distress and negative emotions such as guilt, fear, and shame that are pushed deep in the subconscious. Exposure therapy is often used to help individuals deal with these challenging situations by exposing them gradually to the source of their trauma. However, this approach has its limitations because it does not address the underlying causes of the trauma; it only provides a temporary relief from symptoms.

To effectively heal from painful memories we need access to our subconscious mind which stores all our past life experiences including those that are traumatic in nature. There are many ways of accessing your subconscious mind but one particular technique is called EMDR (Eye Movement Desensitization and Reprocessing) Therapy. In this content, we will talk about EMDR Therapy and how can it help with your subconscious problems.

Can EMDR therapy help with your subconscious problems?

Yes. In fact, the goal of EMDR therapy is to process troubling memories and events from your life, clear out negative associations with those memories, and experience a decrease in PTSD symptoms.

Many psychologists and psychiatrists avoid such methods. One of the most important reasons for this is that the concept of unconscious cleaning is far from scientific. However, on various websites on the internet, those who apply alternative methods (breathing therapy, hypnosis, etc.) often talk about unconscious cleansing. However, it is important to state that the concept we call cleaning is misleading.

Let’s try to explain the concept of unconscious dirt with “conflict theory” in the Psychodynamic Psychotherapy approach. According to the theory, let’s create a formula about how unconscious dirt causes your life problems.

Let’s give an example according to this formula:

Let’s consider someone who has achieved a successful result from the exam he has entered, but cannot get the desired result, that is, the full score.

Under normal circumstances, the person will not make this a big problem and will be happy to be successful. However, this creates unconscious dirt for someone who suffered trauma due to pressure and violence by their family, as he did not show superior success in the past. In such a situation, the person will feel bad when he cannot achieve perfect success.

Coming to the formula…

Unconscious dirt: family’s pressure and violence because the person did not show superior success as a child

The situation encountered: Not getting full points in the exam

According to the formula above, the problem arises when the unconscious dirt and this situation you are facing now combine.

In the first scenario, when you encounter a situation that does not trigger your unconscious dirt, you will not actually have any problems.

In the second scenario, you can feel it in the unconscious dirt. You can make contact by thinking, but these unconscious factors are dormant. You won’t have a problem when you don’t have an incident that triggers them.

To sum up: No problem arises when unconscious dirt is not contaminated with situations you encounter in the present. So you can live the ‘present moment’ cleanly.

The “unconscious impurities” here are actually learned patterns as a result of unprocessed traumas. These patterns are like you see above:

It causes problematic behavior. As a trauma therapy, EMDR is a method you can use to get rid of these dirt. 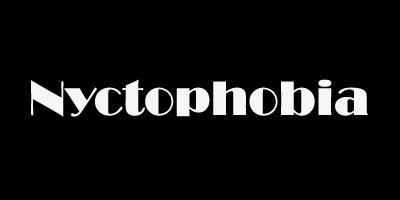 EMDR: Its History and Development

He is studying psychology in Canada. Lucas also volunteers helping elderly people in nursing homes. Lucas, who is especially interested in hypnotherapy, continues his education and research in this field.

Antidepressants: What Should You Know About Them?

Family Counseling Services: Everything You Should Know

Stendhal Syndrome: A Brief Summary of This Interesting Phenomenon.

Please consider supporting us by disabling the ad blocker.