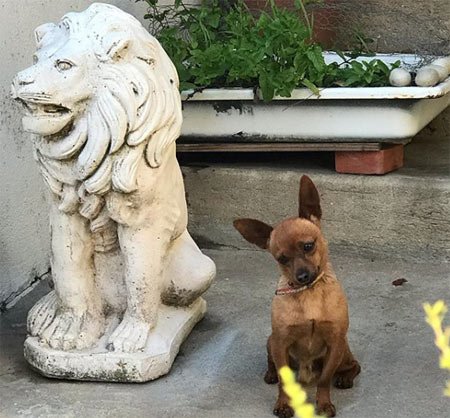 Napoleon Complex, also known as the “short man syndrome,” is a term used to describe a psychological phenomenon in which people who are short in stature have a tendency to overcompensate for their height by being more aggressive or assertive. While this phenomenon is most often associated with men, there are reports of the Napoleon Complex in women as well.

In this article, we will discuss the concept of the Napoleon Complex in women and highlight some of the most successful short women celebrities who have overcome this challenge. We will also explore the potential causes of the Napoleon Complex and how it can be addressed. By understanding this phenomenon, we can better support individuals who may be struggling with it.

What is the reason for the Napoleon Complex?

The Napoleon Complex is a term that was coined by biopsychiatrist and psychoanalyst Alfred Adler, describing an individual who compensates for their inferiority complex by exaggerating what they do have, such as height.

For many women, being short is often not bothersome. Wearing high heels is often a simple but useful solution. In addition, in evolutionary terms, being short causes a disadvantage in men, while in women, it does not.

If you’re not a perfectionist woman, being short won’t be too much trouble for you. In fact, many men find the petite type of short women much more attractive. Below, I would like to present some of the most admired, paid, and well-known women in the world, despite their short stature. So you can see that Napoleon Complex in women is not the case at all.

Although the women you see below were short, they probably never bothered with their short stature, and they were always successful.

Regardless, if you can’t get rid of these negative thoughts and feel bad about yourself, I suggest you examine your negative automatic thoughts.

In scientific studies (2), it has been shown that taller women and men are more attractive.

These findings are confirmed for both males and females, but being taller seems to be more relevant for men while being thinner is more important for women. We have also found that taller and thinner women and men tend to be married to partners earning higher incomes.

Reasons for Napoleon Complex in Women

The Napoleon Complex in women, also known as the “short woman syndrome,” is a psychological phenomenon in which women who are short in stature have a tendency to overcompensate for their height by being more aggressive or assertive. While the exact causes of the Napoleon Complex in women are not well understood, there are several potential factors that may contribute to this phenomenon.

Societal standards of femininity can cause the Napoleon Complex in women because they may lead some women to feel self-conscious about their height and try to compensate for it by being more assertive. These standards often place a great emphasis on physical attractiveness and conform to traditional gender roles, which can make it difficult for women who do not fit these norms to feel confident in themselves.

For example, some women may feel that they are not attractive or feminine enough because they are short, and this can lead to feelings of inadequacy or insecurity. In order to overcome these feelings, some women may develop the Napoleon Complex as a way to assert their confidence and prove that their height does not define them.

A lack of role models can cause the Napoleon Complex in women because it can make it harder for women to feel confident in their abilities and leadership potential. When women do not see other women who are short in stature in positions of power or influence, it can be difficult for them to believe that they, too, can achieve success and be respected for their abilities.

This lack of role models can also make it harder for women to find support and guidance as they pursue their goals, which can further contribute to feelings of insecurity or inadequacy. In order to overcome these feelings, some women may develop the Napoleon Complex as a way to assert their confidence and prove that their height does not define them.

Discrimination can cause the Napoleon Complex in women because it can lead to feelings of inadequacy or insecurity about their height. Women who experience discrimination based on their height may feel that they are not good enough or that they are not being treated fairly because of their stature. This can lead to feelings of resentment and a desire to prove themselves, which may manifest as the Napoleon Complex.

For example, a woman who is passed over for a promotion because of her height may become more aggressive and assertive in order to prove that she is capable of succeeding in a leadership role. Overall, discrimination can contribute to the development of the Napoleon Complex in women by undermining their confidence and making them feel like they have something to prove.

Perfectionism and competition can cause the Napoleon Complex in women because they can lead to feelings of inadequacy or insecurity about their height. Women who are perfectionists or who are highly competitive may feel that they need to excel in all areas of their lives in order to prove their worth and overcome any perceived shortcomings. This can lead to a constant striving for perfection, which can be exhausting and overwhelming. A perfectionist woman is often more prone to depression.

In the case of height, a woman who is perfectionistic or competitive may feel that she needs to be the best at everything in order to compensate for her short stature. This can lead to the development of the Napoleon Complex, as she may become more aggressive or assertive in order to prove her worth and overcome any doubts about her abilities.

10 Most Successful Women that Challenge the “Napoleon Complex in Women” Myth.

Another challenger to the “Napoleon complex in women” myth is Kourtney Kardashian. Standing at only 5’1″ tall, Kardashian is best known for her role on the popular reality TV show “Keeping Up with the Kardashians.” Despite her petite stature, Kardashian has proven herself to be a successful businesswoman and media personality, with a successful clothing line, a lifestyle website, and various endorsement deals.

In addition to her business ventures, Kardashian is also a dedicated mother and philanthropist, supporting various causes such as children’s health and environmental conservation. Overall, her success in the entertainment industry and her personal endeavors demonstrate that her height does not define her abilities or limit her potential.

Hayden Panettiere is a prime example of a successful woman who is not hindered by the “Napoleon Complex in women” myth. Standing at only 5 feet tall, Panettiere has achieved great success in the entertainment industry, with notable roles in the TV series “Heroes” and the film “I Love You, Beth Cooper.”

Despite her short stature, Panettiere has proven herself to be a talented and versatile actress, with a range of impressive performances under her belt. In addition to her acting career, Panettiere is also an advocate for various causes, such as wildlife conservation and domestic violence awareness. Overall, her success in the entertainment industry and her activism efforts demonstrate that her height does not define her abilities or limit her potential.

Cher Lloyd is another successful woman who has not let her short height hold her back. Standing at only 5 feet tall, Lloyd rose to fame as a contestant on the British version of “The X Factor,” where she finished in fourth place.

Despite her short stature, Lloyd has proven herself to be a talented singer and songwriter, with a unique and powerful voice. After “The X Factor,” she went on to release several successful albums and singles, including the hit “Want U Back.” Lloyd has also ventured into other areas of the entertainment industry, such as acting and fashion design. Overall, her success in music and other endeavors shows that her height does not limit her ability to achieve her goals. It is a great example of the myth of the “Napoleon Complex in women”.

Anna Kendrick is a successful woman who has not let her short height hold her back. Standing at only 5 feet 2 inches tall, Kendrick has achieved great success in the entertainment industry, with notable roles in films such as “Up in the Air,” “Pitch Perfect,” and “Into the Woods.”

Despite her height, Kendrick has proven herself to be a talented and versatile actress, with a range of impressive performances to her credit. In addition to her acting career, Kendrick is also a successful author and singer, with a bestselling memoir and a Grammy-nominated album. Overall, her success in the entertainment industry and her other endeavors show that the “Napoleon Complex in women” might be a myth after all.

Standing at merely 5’2″, Shakira is a living testament to the fact that your height does not have to be an obstacle on the path to success. She is a world-renowned singer and dancer known for her unique blend of Latin and pop music. Despite her small frame, Shakira has shown herself to be a highly talented and diverse artist with an array of remarkable songs and dance moves in her repertoire.

In addition to her music career, Shakira is also a successful businesswoman and philanthropist, with a successful perfume line and various charitable endeavors. It can be said that she overcame the “Napoleon Complex in women” myth.

Kylie Minogue has become a modern-day icon for many and a key catalyst for our ever-evolving cultural expectations – particularly of women. At just 5’0″, Kylie has shown the world that there is no physical limit to success, proving the myth of the “Napoleon Complex in Women” wrong.

She has established herself as a powerful influence within entertainment, music, fashion, and beyond across the globe, showing countless people they can achieve their goals regardless of size or stature. Her achievements in breaking down the myth of the Napoleon Complex in Women demonstrate her strong success in facing adversity and pursuing her passion without allowing barriers to hold her back.

Hilary Duff is one example of many women who have managed to rise above the infamous “Napoleon Complex” myth, a false notion that asserts smaller-statured individuals lack confidence and make up for it with aggressive behavior. Despite her short stature, Duff did not overcompensate with her demeanor; rather, she moved forward in her career and found success anyway.

Starting out as an actress on Disney Channel’s hit show Lizzie McGuire, Duff grew up in front of our eyes on-screen and became a household name—and an immensely popular pop star for a time—in the process. Her success set an example that women don’t have to be aggressive or larger than life to make it big; hard work and guts combined with talent can bring you very far.

Eva Longoria, a celebrated actress, activist, and spokesperson, has defied the long-standing myth of the “Napoleon Complex in Women”. By leveraging her self-confidence and refusing to be intimidated by stereotypes of what women are capable of achieving, she has set an example of female empowerment that is inspiring others to rise up and reclaim their power. Eva’s accomplishments have served as a reminder that limitations placed on women because of height are simply baseless.

She stands as proof that with hard work and determination, those facing height-based discrimination can defy any barrier and succeed in whatever they put their minds to. Her success serves as a powerful message that strength comes from within and no external judgment can restrict your potential.