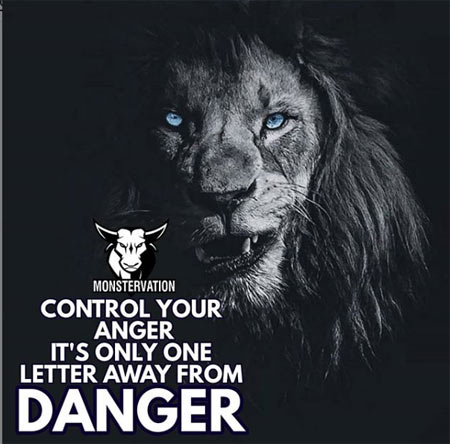 What is Anger? What Causes Anger?

The fact that anger is universal and human means that it exists in human nature (nature, creation). So, wherever you go in the world, you can see that a normal person (or even an animal) experiences anger. (Although the anger of animals can also be mentioned, I will deal with anger, which is a human emotion, in this article and generally on this site.)

Although anger is a universal and human feeling, the way of living can vary from culture to culture and from person to person. Therefore, these lines provide information about the concept of general anger. In order to understand your own anger, you should refer to these lines, guided by your personal experiences.

Contents hide
1 What is Anger?
2 Moreover
3 Although there is no common definition of anger in the literature of psychology, there is some agreement on anger. According to this:

Anger is accepted as a reaction of emotions that arise from the need for self-protection of the being (human and animal).

Researchers who work on anger have made different definitions based on different characteristics of anger. Some of these definitions are:

“Anger is an emotional response to unsatisfied wishes, unwanted consequences, and unfulfilled expectations.“

It is an emotion that we live when a person we care about doesn’t get what we deserve or doesn’t act according to our expectations.”

“Anger is an instinctive and personal guide that guides the right and wrong of life.”

It’s a person’s inability to get what he wants and still feels when he wants to get it.”

Some describe anger as ‘short-term madness.. Because anger can sometimes lead to a loss of mental control for a while.

At the moment of anger, the individual may not be able to control himself, forget all sorts of shame, not recognize the bonds of kinship and friendship, become stubborn and embrace what he once started, become closed to the warnings of the mind and the other, can no longer distinguish between truth and truth. It may come.

According to some experts, anger is a normal and natural emotion without good or evil. So anger is not a good or bad feeling. What is good or bad is the way we experience anger. We decide for ourselves whether anger is a positive or negative feeling in our lives.

Anger is one of the so-called “secondary emotions.. This means that anger is often based on other feelings, such as hurt, frustration, frustration, humiliation, and helplessness. Therefore, anger contains complex feelings.

Human anger, body, behavior and thought processes are revealed. So in order to understand our anger, we need to focus on the reactions of our bodies, what is happening in our minds (our structures of thought) and our behavior.

Although there is no common definition of anger in the literature of psychology, there is some agreement on anger. According to this:

Spielberger, who researched anger, looked at the sense of anger in terms of ‘continuity’ and ‘contingency’. According to him, situational anger; ‘‘ Is a state of emotion that reflects how intense feelings such as tension, anger, irritability and anger occur in the prevention of intentional behavior or perception of injustice ’’. Permanent anger is a concept that reflects how often peope experience situational anger .

In the literature, there is a confusion among other related concepts such as anger and aggression and hostility that we often see together. Enmity reflects one’s negative attitudes and beliefs towards the world or beings. Aggression is an uncontrollable anger response. What distinguishes aggression from anger is the presence of physical and / or verbal action in aggression.

Although expressions such as anger, hostility and aggression are related to each other, they are actually different concepts. A group of researchers state that these expressions differ from one another in terms of emotional, behavioral and cognitive (thought-related) dimensions. According to this approach, anger is ‘‘ emotion ’, aggression as‘ ‘behavior’ ’and hostility as cognition (thought)’..

How to Become a Psychiatric Nurse? Duties and Responsibilities

What is Attention Deficit and Hyperactivity Disorder (ADHD)?

Next Post
What is Posttraumatic Stress Disorder (PTSD)?
Comments (No Comments)

2 Self Recognition Guide
This guideline consists of questions prepared for you to know yourself.

3 Theories of Personality Development
After Freud, many theories emerged. What is Personality? We answered these questions.

What is Negative Automatic Thoughts (ANTs)