What is Neurofeedback? Be Aware of Your Brain Power

According to an article published in the journal Nature Neuroscience, it has been proven that Chronic Stress shrinks the parts of the brain related to learning. In a study conducted by McGill University experts in Montreal, this conclusion was reached by following 50 people at the age of 70 for 5 years. Thereupon, ways of reducing the effects of stress on the brain were investigated.

There are programs specially designed for children. in the form of games, children can fly planes and drive a racing car with their brain power. It is applied successfully especially in people who have difficulty in overcoming stress and depression, and children with learning difficulties, attention deficit and hyperactivity.

As a result of rapid developments in technology, detailed measurements can be made about the bioelectrical activity of the brain using computer technology. In neurofeedback training, information about brain waves coming from the person’s current EEG is notified to the person by visual and / or auditory signals and the person is asked to control certain aspects of it. A learning environment is created by organizing a treatment protocol according to which frequency wave in which region of the brain needs to be increased / decreased according to the problem or need of the person. The person sees the link between his current thinking and brain waves and learns to control them in any direction.

The main bioelectrical activity of the brain is alpha, beta, theta and delta waves. Slow delta waves are mostly used for deep sleep 3rd-4th. occurs in stages. Theta wave is generally associated with daydreaming. Alpha activity is seen in an awake, alert but relaxed state. Beta is seen in vision-hearing and concentration of attention, that is, in a state of fully awake thinking.

If there are many alpha waves in the mix of publications, a state of alert peace is experienced. While teaching anxiety control, alpha waves are monitored with a feedback device and the person is notified with visual and auditory signals. In this way, the person can objectively observe the fluctuations of the alpha level and its relationship with the anxiety experienced. With such a study, the person can learn to produce more alpha by controlling his anxiety.

Neurofeedback method is widely used in clinical use to increase mental performance other than anxiety control and especially in the treatment of attention deficit and hyperactivity disorder, and effective results are obtained.

Neurofeedback / Neuro-Biofeedback is also used in children, especially in the treatment of Attention Deficit Hyperactivity (ADHD) disorder, in order to give the child the ability to concentrate and maintain attention. This technique enables children with ADHD disorder to be aware of their hasty, impatient and careless behaviors and to gain control over them on their own.

Seeing the waves emitted by the brain in the computer environment and being able to intervene by concentrating their attention (children use programs that include goals such as flying planes, racing, etc.), increases the child’s self-confidence. This technique is important as a drug-free method in helping individuals gain the ability to remain calm in a stressful environment. Electricity etc. to the body. It has no side effects as no signal is given.

Deep TMS: What Is It? 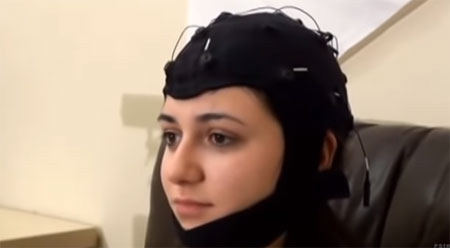 He is studying psychology in Canada. Lucas also volunteers helping elderly people in nursing homes. Lucas, who is especially interested in hypnotherapy, continues his education and research in this field.

Negative Automatic Thoughts (ANTs): Examples and 3 Worksheets For You

Please consider supporting us by disabling the ad blocker.